Living Snoqualmie called it a one-two punch from Mother Nature. A warm front brought heavy rains and high winds to western Washington on January 11 and a flood watch was posted. But there has not been enough low elevation snow so far this winter to produce dangerously high volumes on the Middle Fork river and the flow peaked at a safe 7.76 feet/6,560 cfps at 1am on January 13. Fortunately there was no significant damage to the road surface. As expected, trees were downed, but all of them were already passable by mid-morning on January 12. 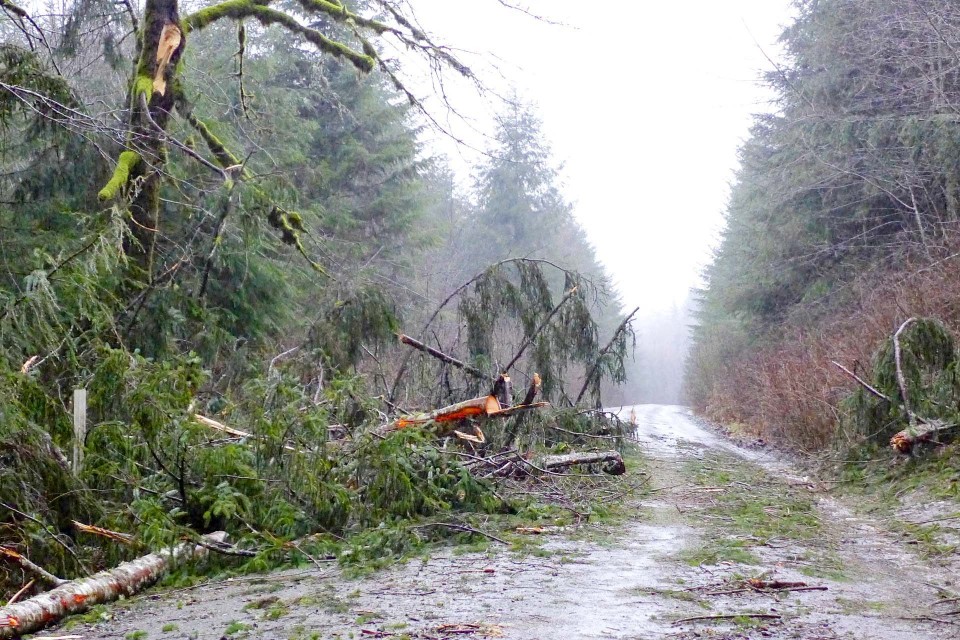 Double whammy on the straights before the concrete bridge with a young douglas fir from the right and an alder from the left. 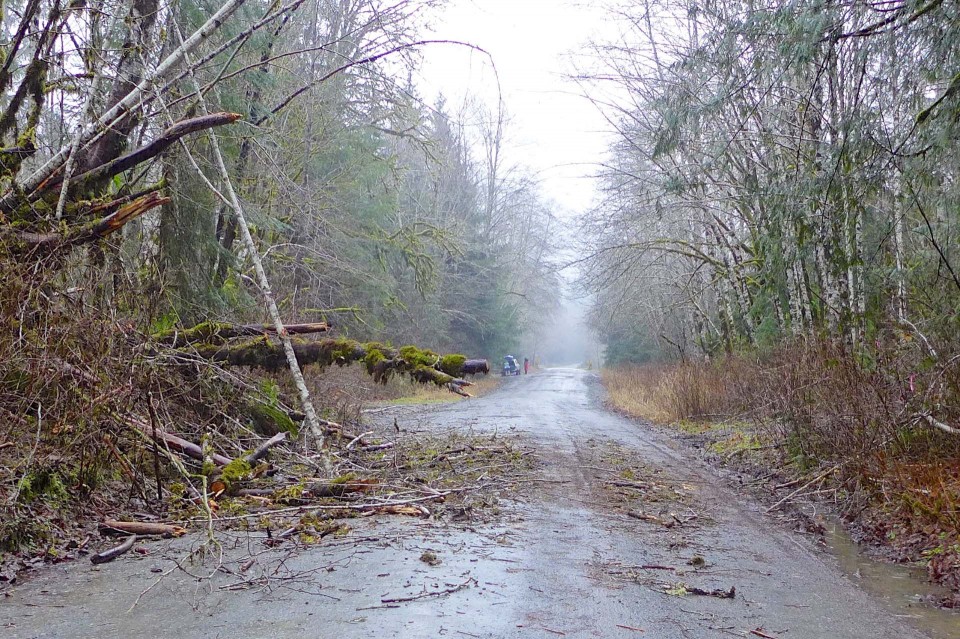 Trees rarely fall alone, and one medium size alder brought down a smattering of smaller ones with it. 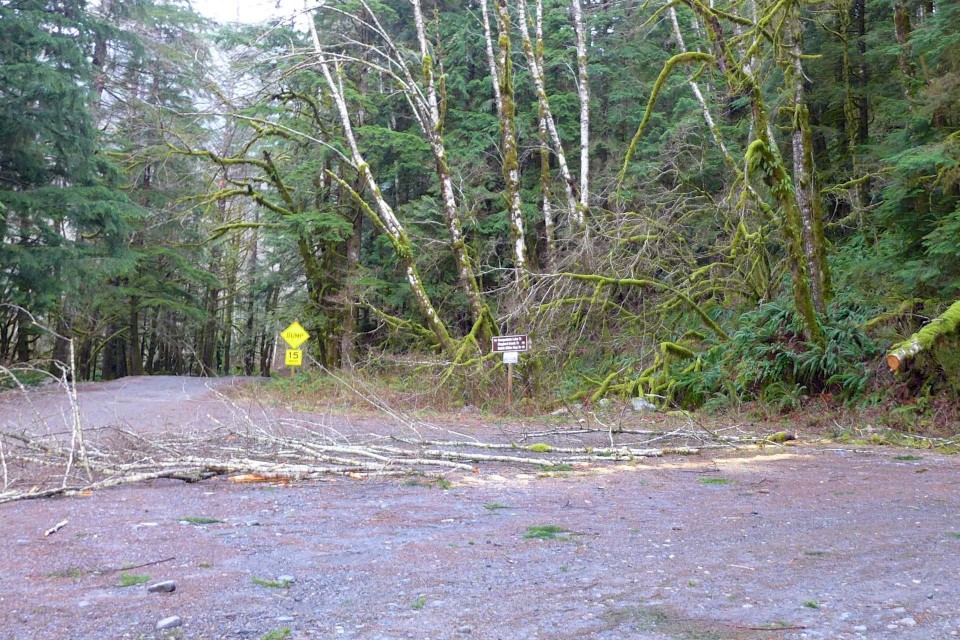 Alders are the first trees to grow back after logging and weaken when deprived of light by maturing firs and cedars. This spindly alder was growing behind a large douglas fir stump. Expect the white-barked alders in the center to fall in coming years as well. 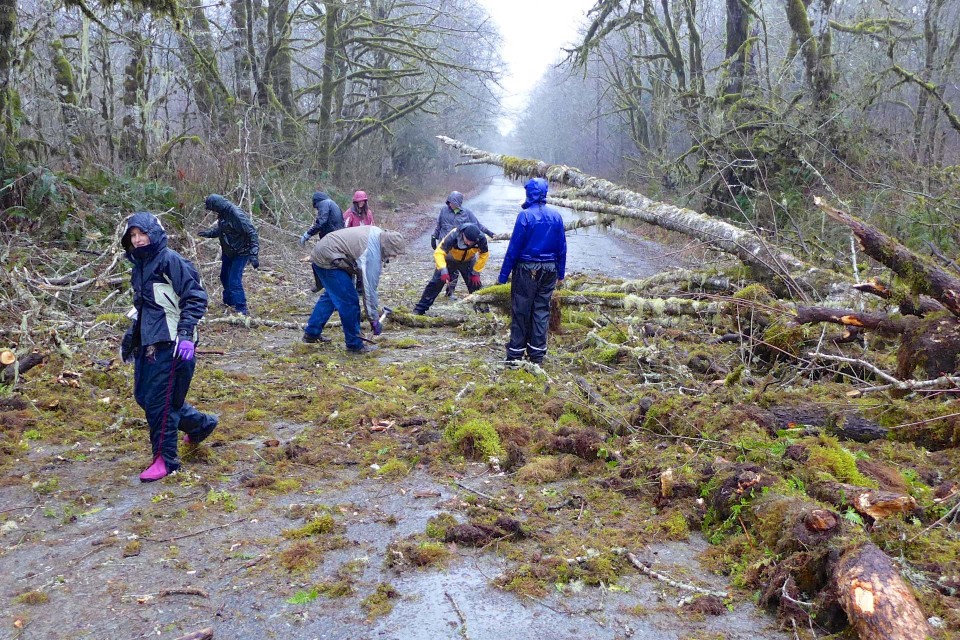 Not all trees fall during the storm. This section of road was clear in the morning after the storm, then a large maple uprooted mid-day and brought down an alder with it. A spontaneous crew of hatchet-wielding visitors blocked by the fallen tree cleared a path wide enough to get vehicles past. 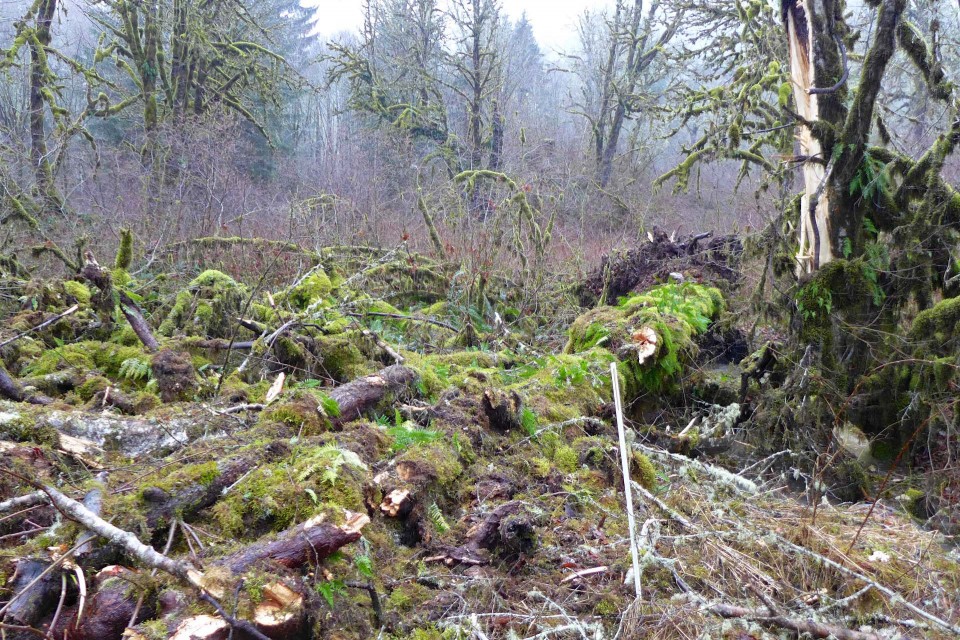 A jumble of fallen trees triggered by a large uprooted maple, neatly slicing another tree in half on it’s way down. 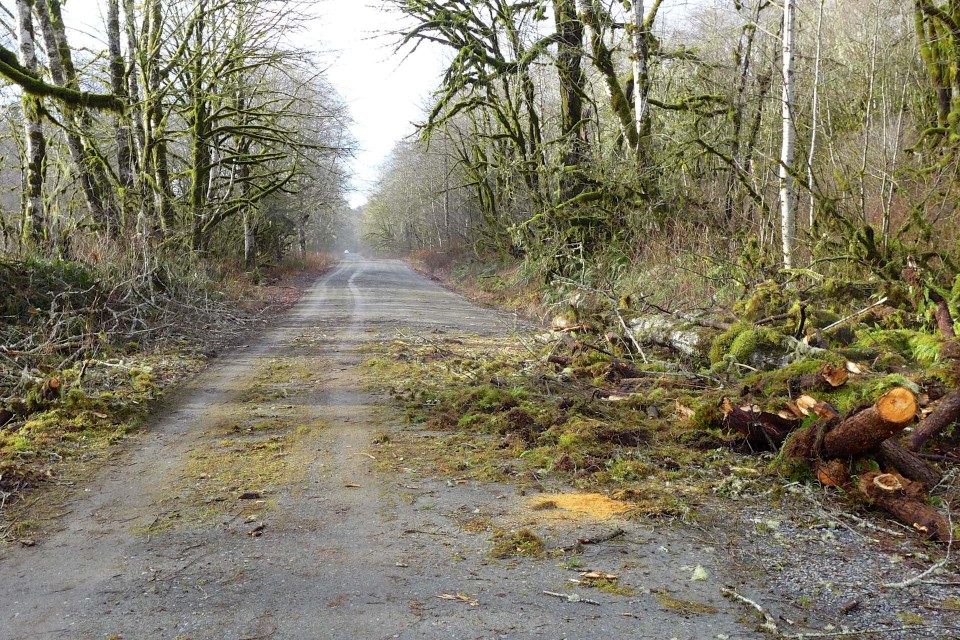 Three days later a volunteer chain saw crew has cut back the larger branches. Much of the large debris will probably be salvaged for firewood.