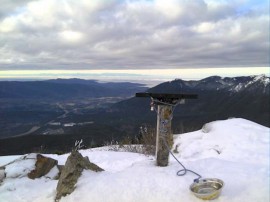 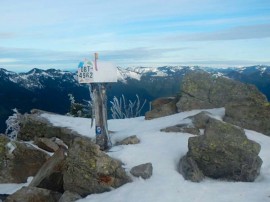 Despite a steep indistinct trail and 4000 feet of gain, Mailbox Peak has become one of the most popular day hikes in the central Cascades. On Sunday, June 30, 2013 over 100 hikers signed the summit register and many who hike the peak regularly don’t bother with that formality. The Day Hiking Snoqualmie Region guide book leads with “Wimpy hikers, turn the page. This trail offers nothing for you but pain and heartbreak”, and yet thousands each year test themselves. 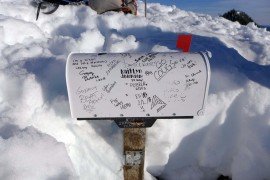 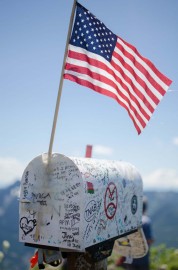 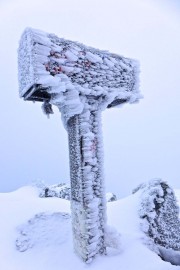 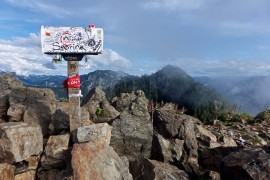 Unfortunately some come unprepared, get lost, start too late, or suffer an unfortunate slip and can’t get down before dark or on their own power and that happened a lot in 2013. Stranded hikers enjoy good cell phone coverage on this trail so they generally call 911 and get routed to the King County sheriff’s office who coordinates with Seattle Mountain Rescue to respond. Even if the hikers don’t know exactly where they are, SMR is able to triangulate an approximate location based on cell tower timings. Their records list these missions, and you can bet that lots of others didn’t call them and limped down on their own. Reading these can be useful to help other parties plan better, use caution, and come prepared for a significant effort on a hard trail. 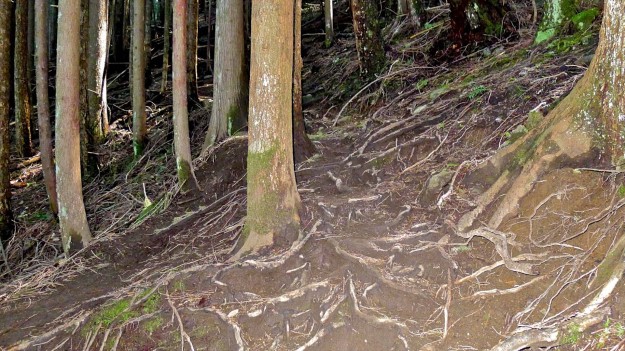 It’s pretty obvious why the DNR, the Sheriff and SMR put up the warning sign at the trailhead, installed the white diamonds, and put in railings at critical points along the trail to keep people on track. Even better will be the new trail currently being constructed by the DNR — look for that to be ready in the fall of 2014. 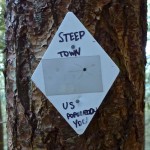 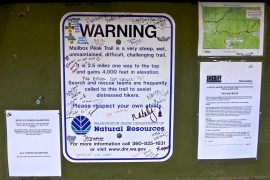