The recent heavy February rain has done more than make the river rise and get the snow pack closer to normal. All the small side streams have more than their normal flow and as the ground gets saturated, things get loose. This huge rock rolled out of a spot 15′ above the road just a little before the Island Drop river view at MP 4. Always pay close attention while driving the Middle Fork road as rocks, and especially trees come down regularly. 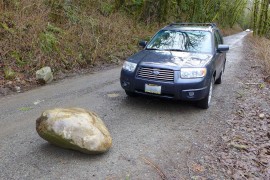 Another reason to keep your speed down 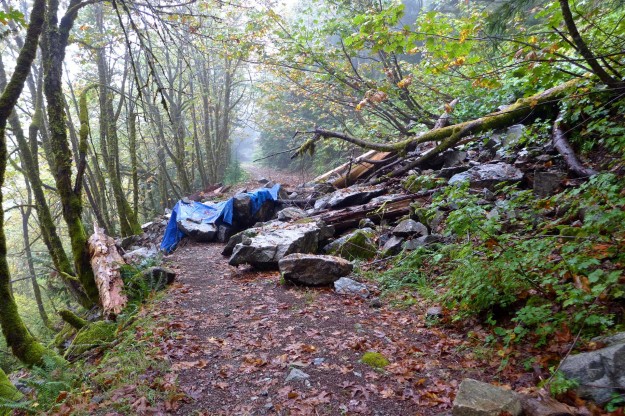 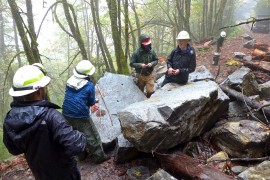 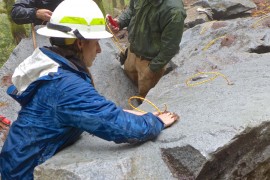 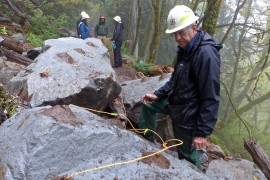 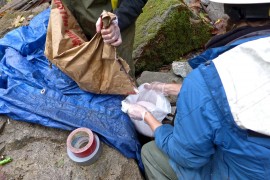 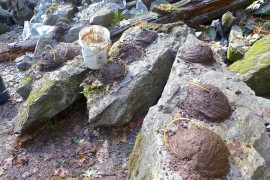 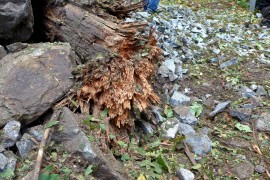 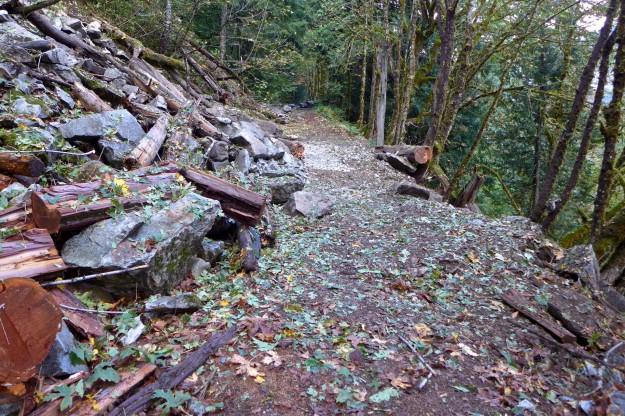 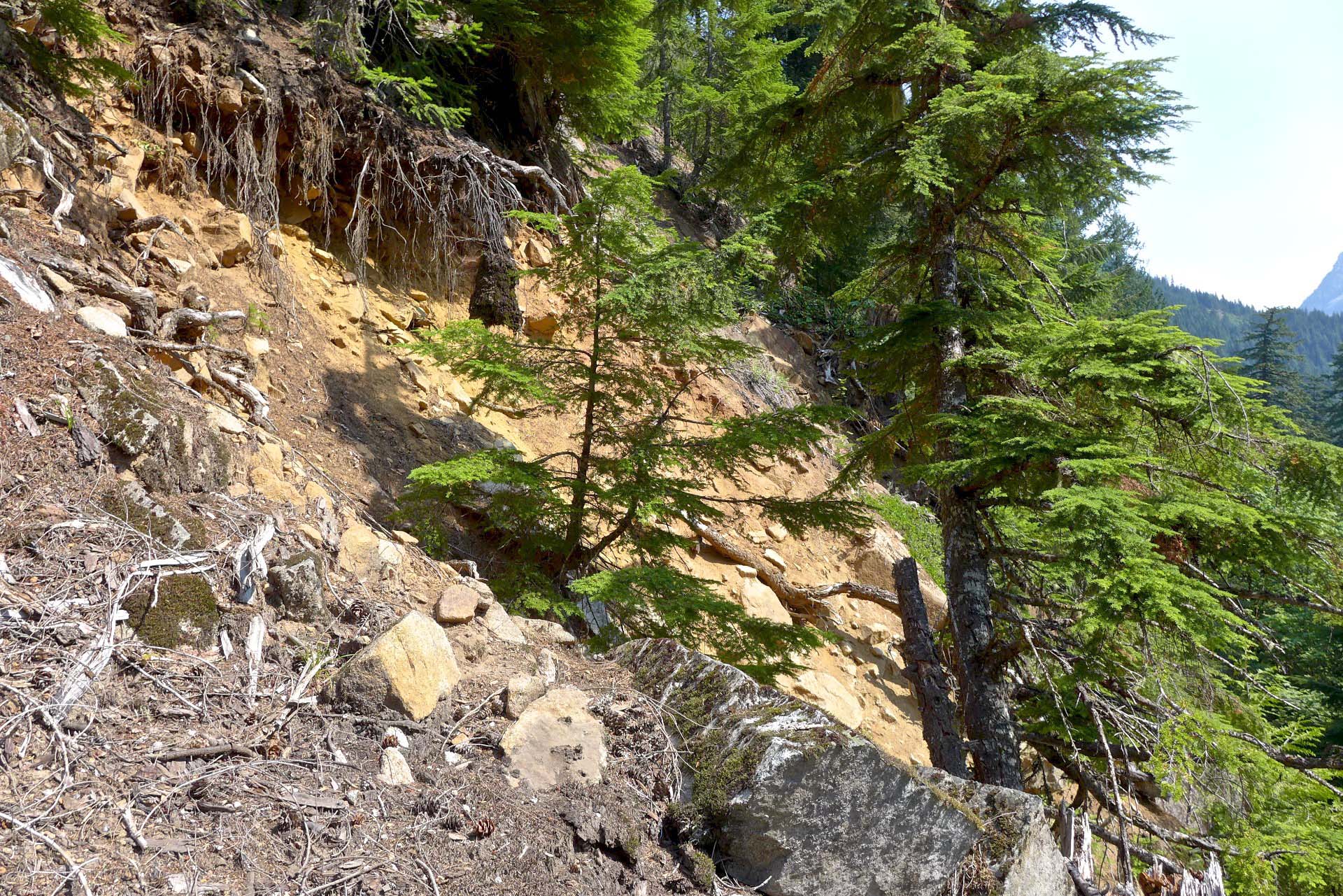 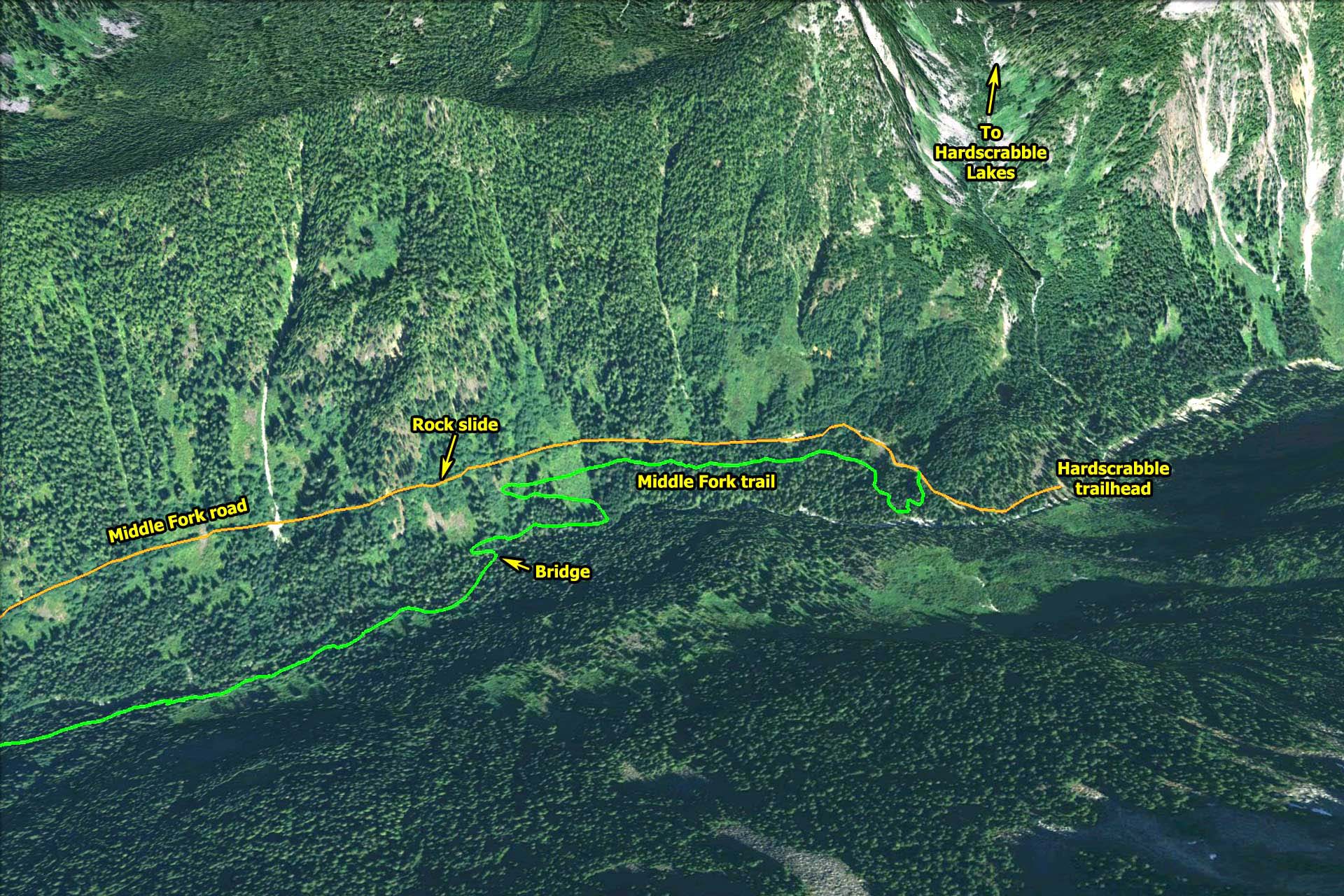