The end of 2015 saw two notable ski feats on Mount Si; one a descent from the top of haystack and the other down the Black Canyon. Both were made possible by unusually heavy snow fall that was stable enough to ski on without triggering slides. 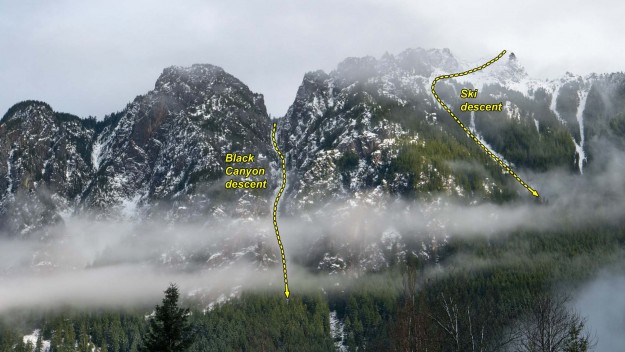 Peter Avolio, Trevor Kostanich and Dave Jordan accomplished a rare ski descent of Mount Si starting from the top of the haystack. Previous descents have been done down the open gullies of the west face. However, this is probably not the first ski descent from the top because other skiers report that it was done in the early 2000s and earlier.

Dave Jordan skis from the top of the Haystack on the summit of Mount Si. Trevor Kostanich is visible to the right of Jordan. Photo by Emily Larson 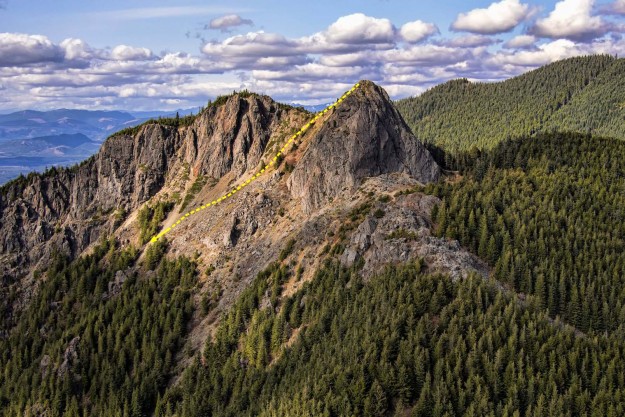 The Mount Si haystack as seen from a paraglider with the skier’s approximate route shown. Photo by Aaron Hinkley.

A few days earlier Frank Bush also took advantage of the unusual snow conditions and reported skiing down the Black Canyon. In his words “On Christmas morning Mt Si was ripe, but couldn’t find a partner so I solo skied the deep walled canyon with a 12 foot rock step 2/3 down. Side step down steep rock slab with shrubs to grab (60′) to get into it, then several hundred feet of good pow turns before jump turns on 10″ covered rocks. Rock step near bottom is very obvious, it crosses the whole line from wall to wall.“ 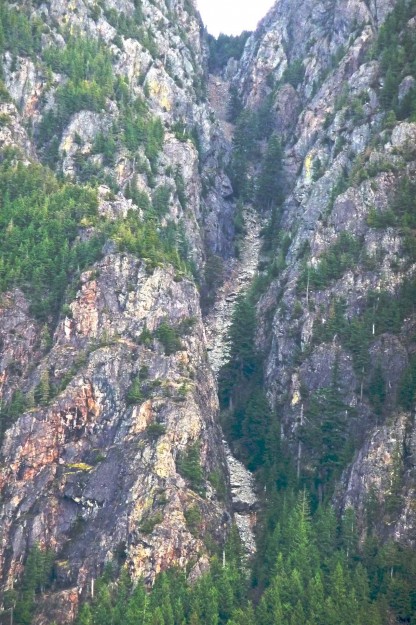 The Black Canyon in February, 2010. A difficult scramble route. 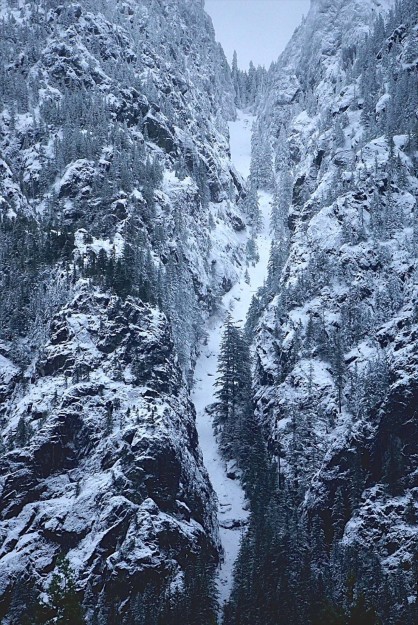 The Black Canyon in December, 2015. An even more difficult ski line. Photo by Frank Bush. 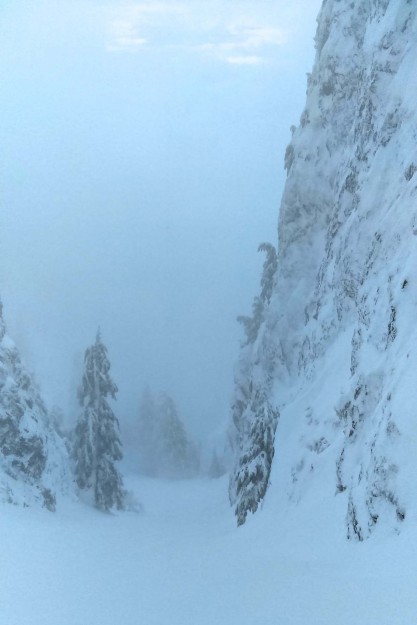 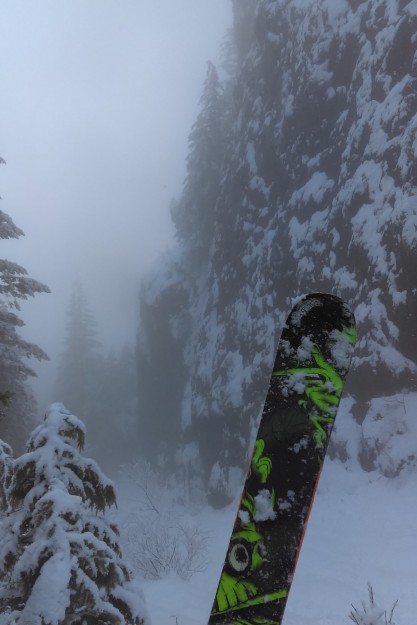