Just as the Middle Fork road was about to be opened for the winter season another major storm blew through resulting in yet another extension of the closure. Four inches of warm rain was recorded at Valley Camp for December 8 with an additional 1.22 inches the following day. The TANW1 gage showed a double peak, first at 25,000 cfs at 6pm on December 8 and 24,000 cfs at 5:15am on December 9.

After seeing the effects, the road closure was justified as wind gusts blew down numerous trees, mostly in the first two miles of the road above the Mailbox trailhead. About seven medium sized trees blocked the road to the Dingford trailhead and these were cleared by Friday. Reports continue to come in of blowdowns on trails, but the full impact of this series of severe winter storms may not be known until spring.

After the storm on Wednesday, December 9, a geotechnical engineer inspected the slope and Champion beach and approved opening the roadway through the slide area. There is barrier in place to catch any debris that may come down. ACI is clearing the downed trees through the project area and the road may be open to the public as early as Thurday, December 17. 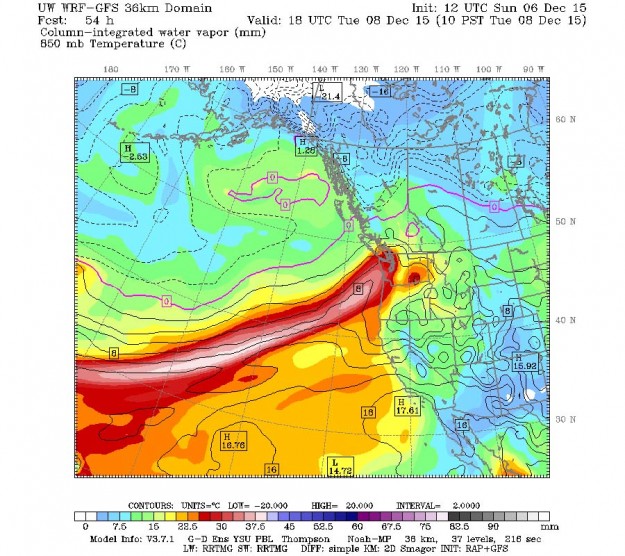 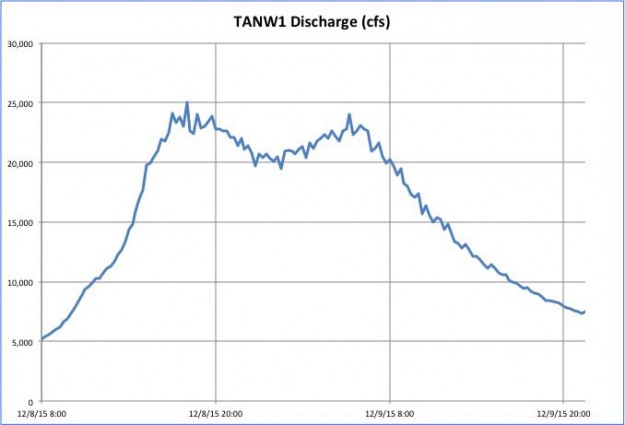 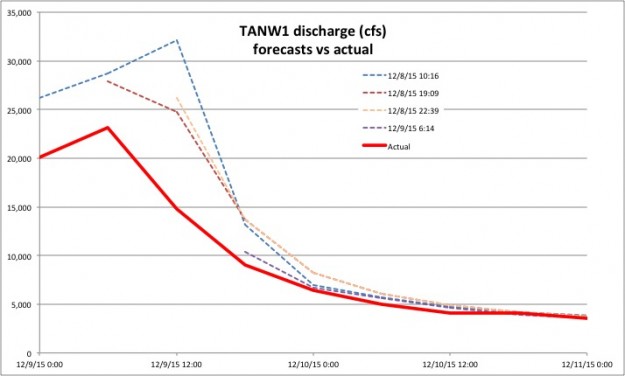 Early forecasts for this storm predicted a very high crest of up to 32,100 cfs. Fortunately that did not occur or else much more damage would have been done. 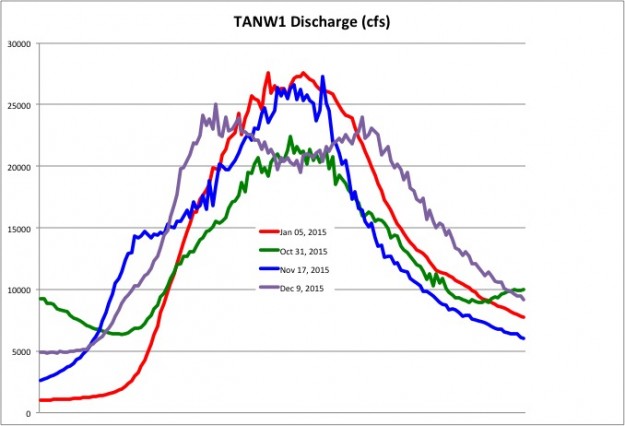 Comparison of the four major storms so far in 2015. The most recent storm didn’t crest quite as high but lasted longer 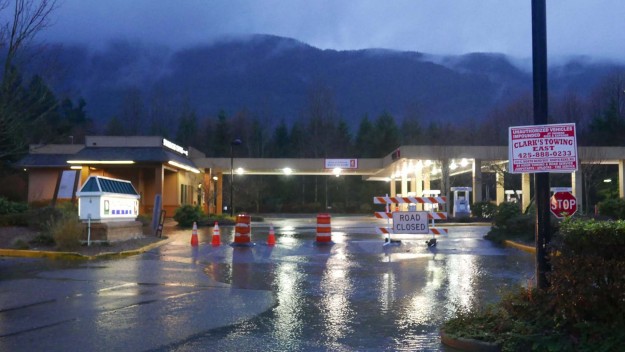 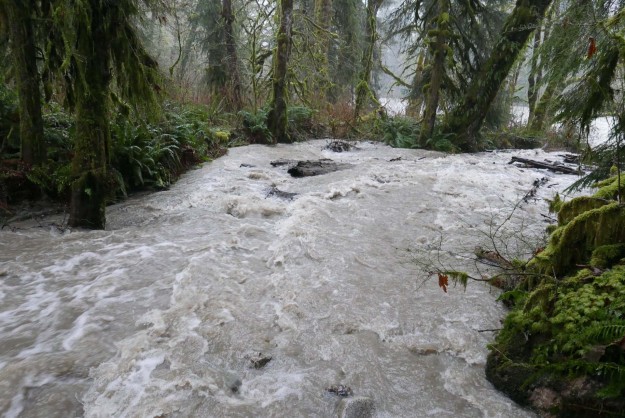 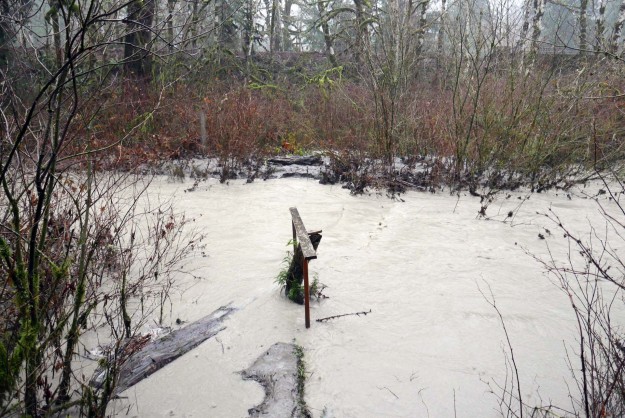 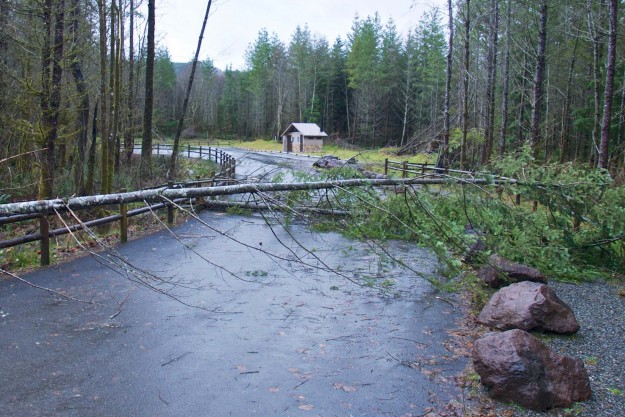 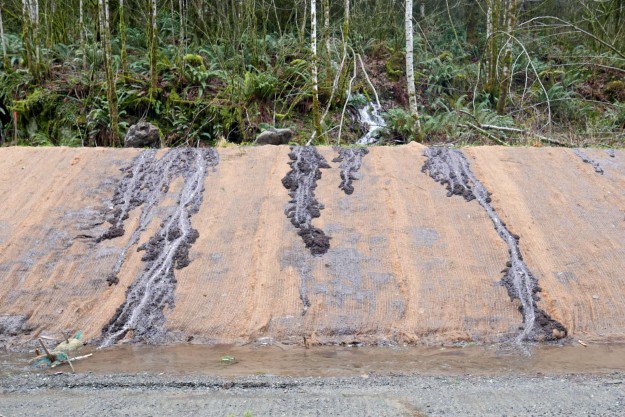 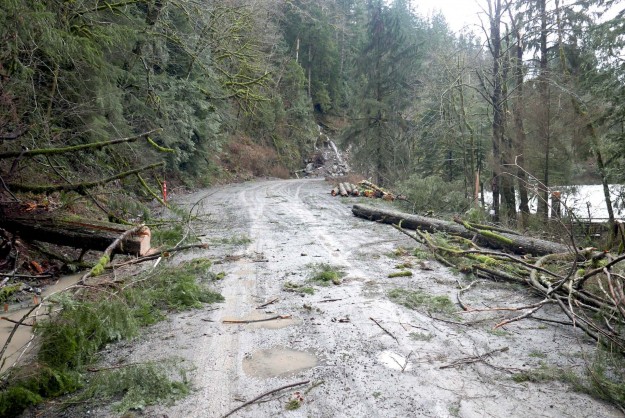 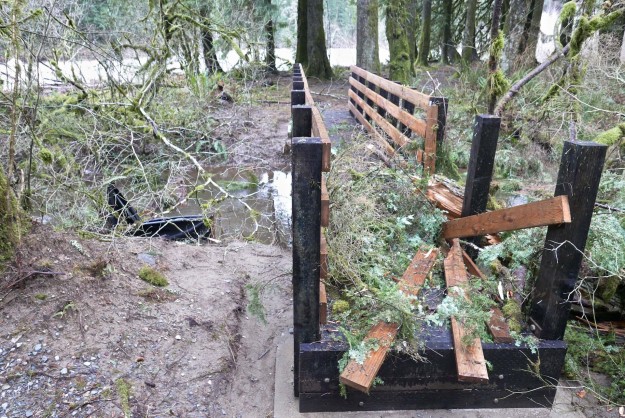 Blowdown by Mine Creek 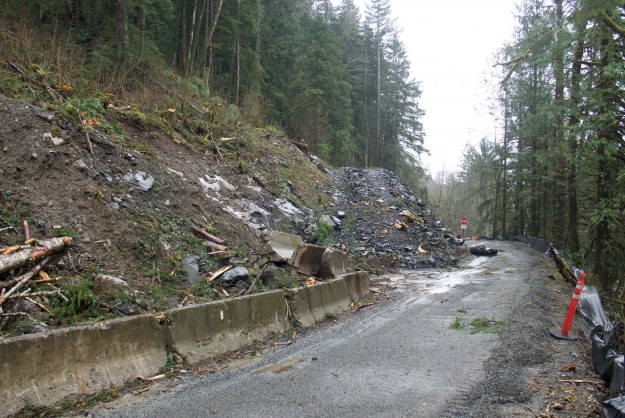 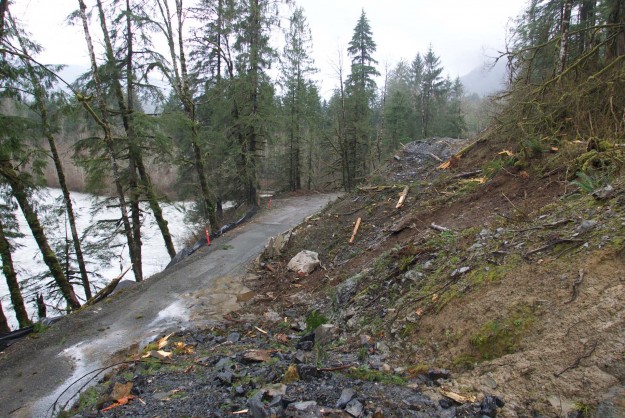 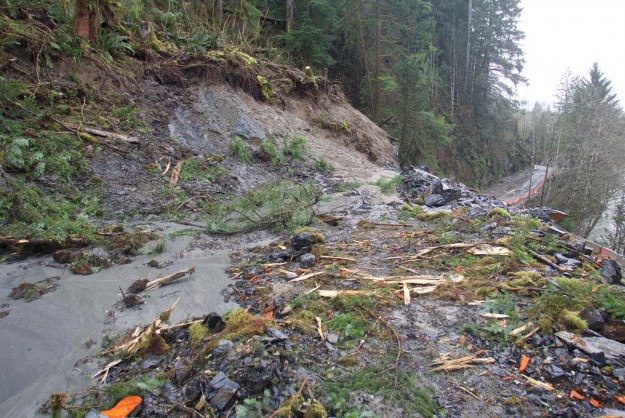 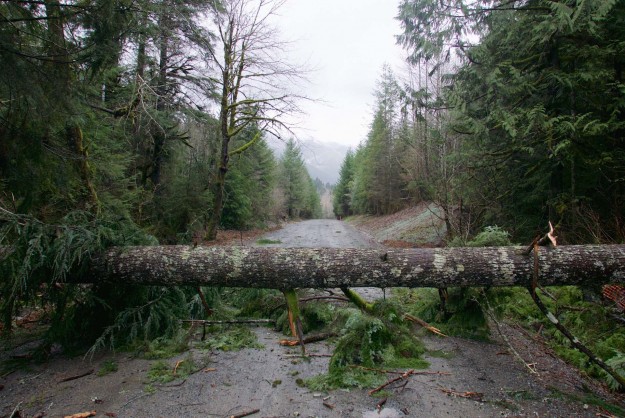 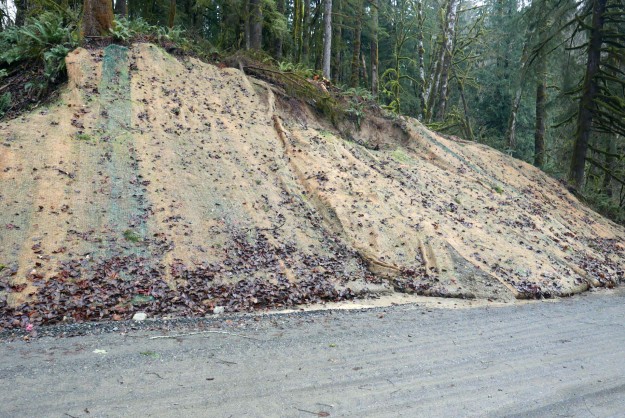 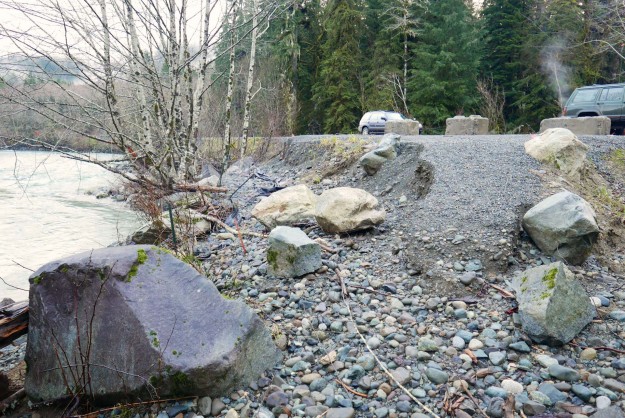 Partial washout of a dispersed camping site pullout. This pullout was built in 2014 as part of the paving project. 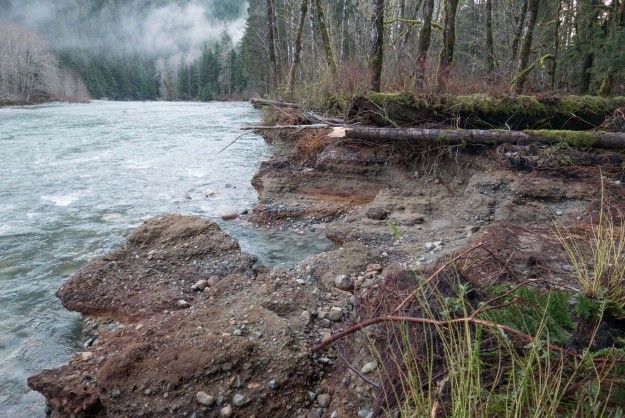 Severe bank erosion by a dispersed campsite downstream of Camp Brown. The river is aggressively migrating toward the road here with each major storm.

Further erosion of the Taylor River spur road. The river will likely flow here often now so it’s unlikely this will be repaired to a level suitable for motorized access. 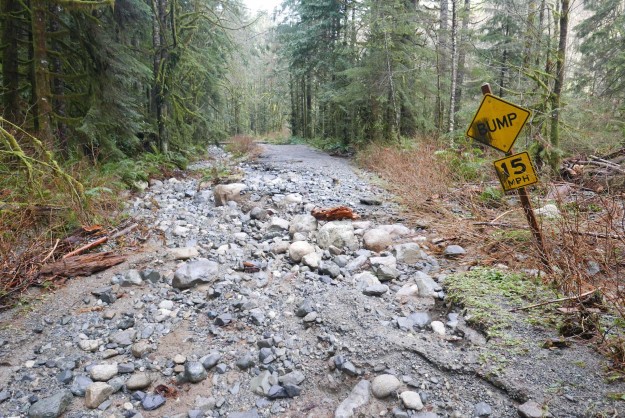 Further erosion of the Taylor River spur road. The washout is deeper than it appears in this photo. 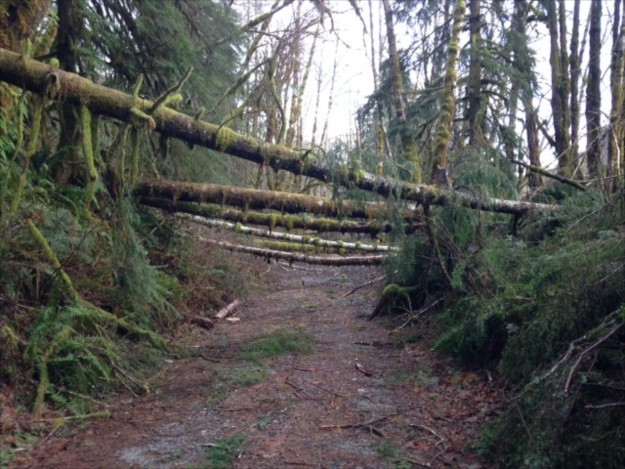 Fresh blowdown on the road to Dingford Creek from this storm. This was the major impact between the turnoff at the Taylor River and the Dingford Creek trailhead. Photo by Charles Lingel.

Before and after clearing debris from the road

Not all trees fall during the storm. The high water undercut the bank and the next big snow fall brought the tree down.