On March 13, 2013 the Middle Fork river flowed briefly at 7,000 cubic feet per second. A significant amount, but well below flood stage.

Has the Middle Fork River had it’s peak flow for the year? As of March 15, it’s been a mild year for river flow levels. That’s a good thing because extreme levels cause wash-outs and road closures. Check out the graph below and decide for yourself. The top of the blue band is the 95th percentile river level for each day over the last 51 years. Excluding the top 5% river level readings eliminates the rare flood events and gives a more “usual” sense of when the river flow can peak. The bottom of the blue band is the absolute minimum, and since it’s not dangerous, except maybe to fish, there’s no reason to use a percentile there. 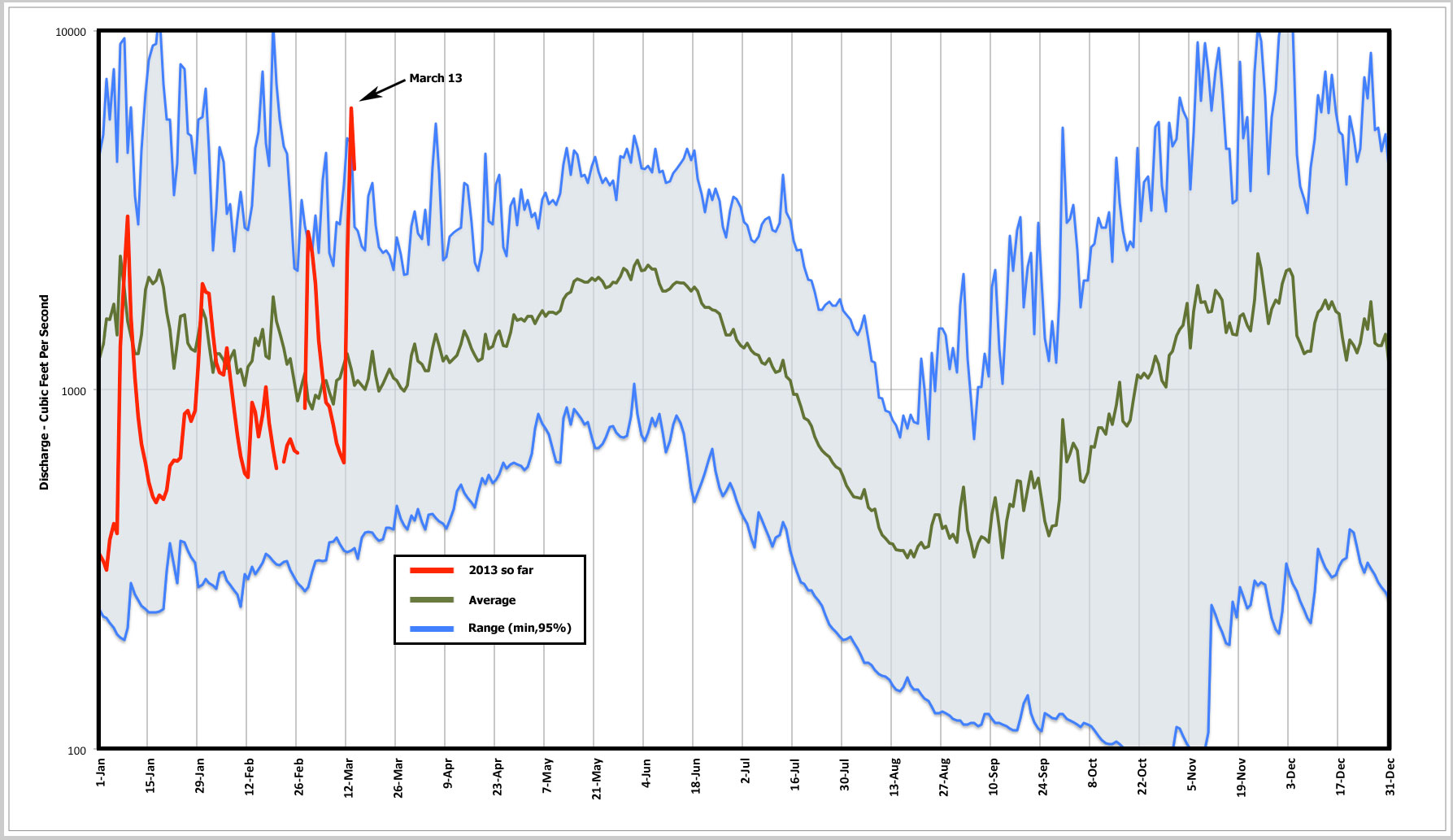 Being conservative, we’re not out of the woods yet for a major flood event this year, but given the low snow levels it’s unlikely that a damaging flood will occur now. On the other hand, in 2012 a lot of the snow pack accumulated late in the year. It’s too soon to tell for sure, but things are looking good for a wash-out free spring. But there’s still November and December lurking, when some of the worst floods have happened.

Music is Will Be Arriving by Brokeback, available from Song Of the Day, Apple and Amazon.